For those of you who don’t know yet, Brexit is the phenomenon which denotes the voice of the British voters as of 23rd June, 2016; as they voted in favour of Britain exiting the European Union. It is one of the most massive occurrences of recent times which have taken the entire world by storm. The fact that David Cameron (Prime Minister of the United Kingdom) has already announced his departure is a testament in itself as to how ‘big’ it truly is. This referendum has led to the plummeting of not only the British market, but the global market as a whole affecting everything in its wake; right from political relationships, administrative setups, currency values and what not! The technology sector hasn’t been left too far behind though. Here’s how:

Impact on the Startup Sector

The decision of UK to leave European Union would have an adverse effect on the British startup sector. Till 2015, United Kingdom enjoyed a distinct advantage over Germany in the start-up sector. Since then, Berlin has overtaken London in this area. A majority of British start-ups from the United Kingdom were dead set against the idea of Britain leaving EU. The exit has only confirmed the fears that the bridge between Berlin and London will widen in the years to come. Software major, Microsoft warned, in the run up to the Brexit polls that Britain may be a less preferred investment destination in the event that Britons decide to leave the European Union. It is expected that Germany would attract major investment in the financial technology sector and the British would turn out to be losers.

Brexit may make it difficult for the standardization of technology required for 5G. Prior to this week’s opinion poll which saw a majority of Britons voting for the exit, there was a move to standardize all technologies, radio frequencies, spectrum etc before the roll out of the fifth generation of mobile technology. Now, Britain may have to take the concurrence of its public for adherence to the EU standardization drive. Logically, Britain may adopt the same standards as the EU but, the air of uncertainty will linger for some time to come. 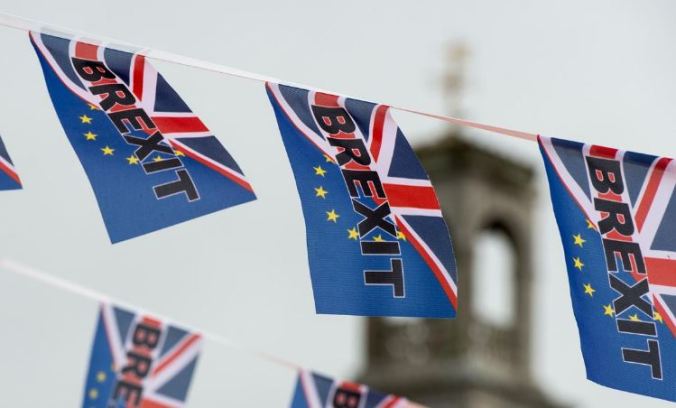 In simple language, it means that there will probably be a new set of laws in Britain to regulate its data flows to the EU mainland. So far, the EU was resisting the US tech firms from accessing and profiling the data of its citizens. The EU thought that the data of its citizens was not safe in the hands of the US tech companies like Google and Microsoft. Now with Britain leaving the European Union, the rest of the EU would again subject the British tech firms to rigorous scrutiny. This may not happen immediately as Britain would most likely remain with the EU till 2018, but, the country is expected to amend its data policies in consonance with those of the EU.

Right To Be Forgotten

Granted by a European Union court, the judgment gave the right to the citizens of EU to not turn up in search results that were irrelevant, inadequate etc to the purposes of which they were processed. In simple language, this means that the judgment established the right to privacy of an EU citizen. With Britain exiting the European Union, this protective shield is no longer available to its citizens. However, any British court may restore this right to the British but, it is unlikely that the search engines will not challenge such a ruling.

It is widely expected that post Brexit, there will be a new set of laws governing import and export between UK and EU on one hand and UK and the individual member nations of the European Union. This will require a major overhaul of computer systems, their software etc. There will be firms that will sprout overnight offering services for overhauling of information systems of organizations in the United Kingdom. It will be akin to the situation like Y2K when a lot of firms sprang up to set Y2K compliant systems.

Shrinkage Of The UK

A large number of Scots have voted in favour of remaining with the European Union. In the coming days , they will take a hard look at the British and the EU economies .If they find the EU economy attractive enough, the Scots will decide to leave the UK altogether. This may force many companies (particularly the tech ones) which are conducting their business in Scotland, to re- evaluate their ties with the UK.

The Aspect of Immigration

Trans-border flows of skilled labour between UK and the EU will be highly impacted post Brexit. The EU will no longer allow free flow of labour from Britain to its member countries. Maybe, the entry costs of such labour will be increased to a level where the operating costs of British firms operating in the EU will rise uncontrollably. Bottom lines of such firms will be severely impacted.

Though it is not so easy to judge the repercussion of Brexit, it could be indeed very profound and complex. For now, let us wait and watch the impact of it on each sector and the global market!

How IoT (Internet of Things) is changing our lives?